If you ever wanted to become an artist, California-based cartoonist SoSu has sumed up what to expect: a big house, a cool car, and a hot girl. Oh, but you’ll have to draw everything, of course!

Life Of An Artist

If you ever wanted to become an artist, California-based cartoonist SoSu has sumed up what to expect: a big house, a cool car, and a hot girl. Oh, but you’ll have to draw everything, of course!

The Harry Potter star has refused to rule out resurrecting the Boy Who Lived, while Hathaway is keen to pull on Catwomans leathers once more. Both should proceed with caution 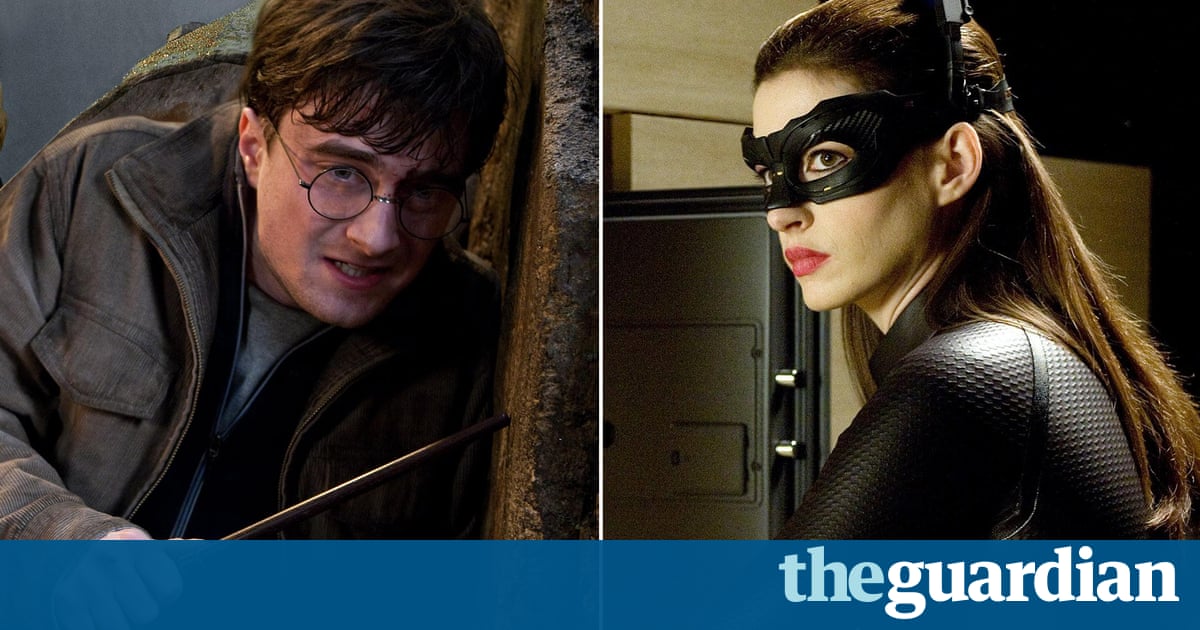 When a 53-year-old Sean Connery resurrected the role of James Bond in 1983 after a 12-year break, even the title of the movie in which the debonaire Scotsman strapped on his Walther PPK and took on the forces of Spectre one last time seemed to hint at the projects questionable nature. Never Say Never Again turned out to be a decent enough revival for Connery; certainly preferable to Octopussy, the official Eon-produced Bond film that emerged the same year with an even older Roger Moore as 007. But the history of Hollywood icons digging up the roles that made them famous and applying spark plugs hasnt always been as laudable.

Harrison Ford gave Star Wars: The Force Awakens a kind of gnarly, yet soulful gravitas last year as the returning space scoundrel Han Solo. But he wasnt quite so good when nuking the fridge in Indiana Jones and the Kingdom of the Crystal Skull. Sylvester Stallone won widespread praise, and an Oscar nomination, for his return to the role of aged blue-collar brawler Rocky Balboa in Creed, but fans of the one-time heavyweight champ had to sit through at least three featherweight Rocky instalments before being treated to one last knockout uppercut.

It is therefore entirely understandable that Daniel Radcliffe continues to play it safe, like a newly arrived Hogwarts student who asks the sorting hat to place him in Hufflepuff, when asked about the possibility of returning to the role of an all-grown-up Boy Who Lived in a mooted future movie adaptation of JK Rowlings stage play Harry Potter and the Cursed Child. Im never going to close the door; that would be a stupid thing to do, he told the Hollywood Reporter this weekend. But I think Ill be happy enough and secure enough to let someone else play it.

Theres a part of me thats like, some things are better left untouched, added Radcliffe. If we went back to Potter, theres a chance wed make what Star Wars: The Force Awakens was to the original Star Wars, but theres also the chance that wed make Phantom Menace. So I dont want to go back to anything like that and maybe sour what people have already loved.

The casual observer might wonder what Radcliffe could possibly have to lose should Warner Bros and right now reports hinting at a new Potter film are merely rumours decide to move ahead with a new instalment in the second highest grossing movie saga of all time. But the 27-year-old actor has carved out a quietly impressive film career since shedding his Hogwarts uniform, even if his CV so far lacks even the barest sprinkling of true awards season magic dust. In wizarding terms, hes bumbling along rather nicely as a sort of Hollywood version of Neville Longbottom ever-present, strong in supporting roles and with the occasional moment of personal glory to celebrate, even if hes unlikely to ever win the Hogwarts house cup.

And yet Voldemort-levels of danger surely loom should Radcliffe decide to dig out the stick-on lightning scar one last time. The nature of the Potter sagas remarkable achievement, in maintaining the same young cast throughout eight movies and a decade in filming time, rather masked the odd wooden scene from its key trio. But critics and fans might be less forgiving were they to drop their wands as fully mature actors. Is it any wonder Radcliffe views the prospect of a new instalment with suspicion?

On the other hand, by the time the Englishman has matured enough to play a middle-aged Potter in a decades time and should that one great role that establishes him indubitably in the Hollywood firmament fail to come his way in the meantime its hard to imagine him continuing to play hard to get.

The situation regarding Anne Hathaways suggestion that shed be keen on slipping into Catwomans slinky leathers once again in the new DC expanded universe of superhero movies seems more complex. Hathaway has complained in recent times that shes not getting the roles she once was thanks, she believes, to Hollywoods systemic ageism towards even those female stars who remain in their early 30s. But would she really want to damage the legacy of her wonderfully vivacious turn in The Dark Knight Rises, filled as it was with old school Hollywood poise and seductive, femme fatale elegance, by reprising the role in a very different era that has so far failed to convince the critics?

Where Christopher Nolans Batman trilogy pitched a Gotham City closer to reality than any previous big or small screen iteration, the recently released Suicide Squad suggests Warner Bros wants its new universe populated largely with larger-than-life, mega-powered meta-humans. These films draw their energy from video game tropes and thoughtless CGI carnage rather than the sumptuously plotted, Michael Mann-inspired gangster noir of Nolans The Dark Knight, or the camp yet menacing supernatural stylings of the Tim Burton era. It is therefore a little hard to see where Hathaways stunningly effervescent yet relatively understated Catwoman fits in.

The other way to look at it is that Warner/DC might benefit from sprinkling a little Nolanesque magic on its faltering shared superhero universe. We should not forget that the studio allowed Superman to be reimagined with real world stylings as a direct consequence of the Dark Knight trilogys success in Man of Steel, though that template has been conveniently jettisoned for subsequent films. But just as Hathaway would be well-advised to think carefully before milking (sorry) one of her best-known roles, Warner probably knows it has come too far with its new, as yet rather fractured comic book vision to suddenly change direction now.

In the early 1980s, Connery was forced to roll back a 1971 promise that he would never again play the role of Bond when the opportunity arose to return to Her Majestys Secret Service for one last adventure. Both Radcliffe and Hathaway have sensibly learned from the Scotsmans mistake: given the right circumstances, returning to past glories might just send both actors careers to new levels.

And yet theres a reason the phrase Never Say Never Again is part of the English lexicon purely for its Bond associations. The rather better-known adage is the less ostentatious but rather more trenchant never look back.