It seems to me as if prophecies of Trump have been built into the culture, perhaps by the aliens who seeded us on Earth 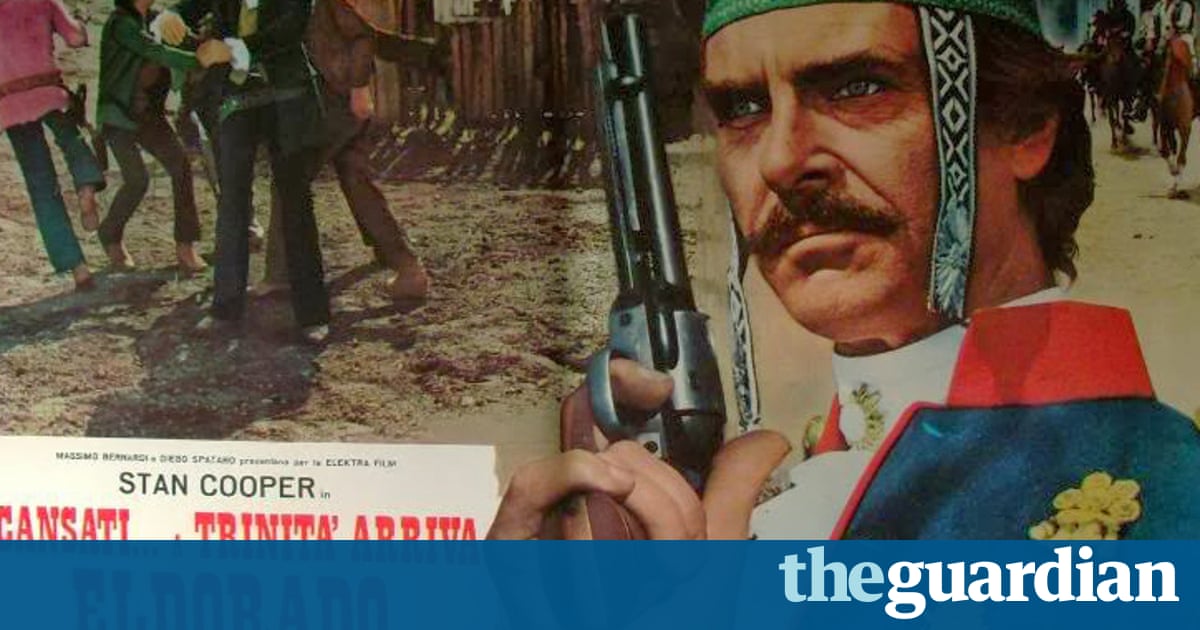 Can it be only last year that I was making the out-of-touch liberal elite laugh, in publicly subsidised theatres throughout pre-Brexit Britain, by saying that Donald Trump sounded like the kind of name Walt Disney would come up with if he was asked to invent a fart that could speak?

It seemed then that Donald Trump was destined to become little more than the answer to a pub trivia question, fondly and foolishly remembered, and filed alongside Faith Browns Rusty Lee impression, Spike Milligans sitcom Curry & Chips, and an almost heroically offensive sentence my dad shouted at a woman on a gangplank near Greenwich in 1997 as an example of the dying light ofa distant dark age.

And can it be only last year that Brexits bogus cheerleader Boris Johnson, who remains incomprehensibly at large like a clever piglet, was reassuring us that we could leave the EU and stay in the single market, as his policy was having cake and eating it? Where is your cake now, fatty? Or, as Pliny the Younger might have said, Ubi nunc est subcinericius panis, sterculus?

And can it be only two days ago that a cakeless Theresa May, desperate to proffer illusory options before forcing through article 50 with the compliance of an immolated opposition, went lamb-like into the Playboy-encrusted office of Donald Trump? Friendless in Europe, she began trade negotiations with the kind of rogue state we might once have proudly imposed sanctions on. We didnt buy Apartheid oranges. Henceforth let us boycott Dunkin Donuts, hardcore pornography and Adam Sandler movies, Americas mostchoice exports.

Article 50 was not designed to be triggered; nuclear weapons were not built to be used (which is lucky for us, because ours dont work); and postwar western democracies werent supposed to vomit up people like Donald Trump, who appears to have reignited a war against the Native Americans, a conflict historians might reasonably have assumed was now settled. Things have learned to walk that ought to crawl.

Events defy analysis. Sometimes it simply isnt enough to just keep on drawing Nazi moustaches on Donald Trumps face by which I mean on pictures of Donald Trumps face. Not his actual face. If you so much as approached Trumps face with a marker pen you would soon be wrestled to the ground by the rubber-hands of his bodyguard, and then waterboarded until you agreed to disputed inauguration audience figures. To analyse Donald Trump we need better tools than felt tips. It seems to me that prophecies of Donald Trump have been built into the culture, perhaps by the very alien scientists that seeded us on Earth in the first place.

Before I seek Donald Trump in cinema, I am aware that my film buff credentials are in doubt. In last weeks column, I ignorantly mixed up two Dirty Harry movies. To be fair, it has been a hard month for fans of Clint Eastwood, whose endorsement of Donald Trump has finally meant we must face the fact that the violent reactionary characters our hero portrayed in the 1970s were not intended as satires of violent reactionary attitudes, but as blueprints for a dystopian future.

Indeed, I am now wondering if Eastwoods touching portrayal of a weird loners dysfunctional relationship with a servile orangutan in the haunting visual poem Every Which Way But Loose (1978) was actually intended as a misogynist endorsement of traditional marriage.

Fans of fake news will be pleased to know that my Dirty Harry error has been erased from history on the Observers website. As regular readers will know, the only films I have really watched these past few years are Italian spaghetti westerns of the 60s and 70s. I have now seen 112, and sheer weight of numbers makes it seem like spaghetti westerns make sense of every human problem. Like Donald Trumps tweets, they are often tasteless, incoherent and badly written, and yet somehow seem to offer exactly the answers people need.

Adam Singolda is the chief executive officer of Taboola.

How to join the network

Henry Ford famously said that if you asked people what they wanted, they wouldnt have said a car. They would have said a faster horse.

I believe driverless cars are todays equivalent of faster horses. A continuation of what exists not a true category break. Predictable but not revolutionary enough.

That takes me to Elon Musk, who is probably our most passionate and visible autonomous hero.

As a fellow car enthusiast, I admire him. As a tech entrepreneur, I respect him. And theres no doubt that Elon has been right most of the time. (As for Solar City, I will wait for the sunlight of the future to pass judgment, but Im a believer).

So I hate to diverge from his vision of driverless cars. Yes, in the future we will not drive ourselves. Machines will do it for us but let me tell you those machines will be looking down, from above, on the Interstate Highway System.

I believe we will skip driverless cars and go straight into driverless drones.

Cartoon illustration of a flying car passing above other land vehicles

Dont get me wrong I realize the many benefits that driverless cars could deliver fewer accidents, lower costs getting from A to B, and perhaps most important, freeing up time.

In the U.S. alone, the average commute time by car is 24 minutes each way. That means the average commuter will spend ~200,000 minutes focused on the road just to get to and from work. Add in all the other trips we make in our cars shopping, appointments and travel destinations, and the amount of time we spend with our brains engaged in driving rather than other creative activities we would choose to focus on, is astonishing.

But all those benefits, could solve problems not just of individuals, but also address a range of societal challenges if we moved from cars straight to drones.

What if instead of driverless cars we extended ourselves vertically up to 500M, with driverless passenger drones, parking overhead and always ready to pick us up, taking us to our desired destination.

Let me stop you right now and admit my deep bias.

As much as I love cars, I am also a big drone fanatic. I love extending myself into the sky, and discovering landscapes I could never see, at 4k resolution. I used to operate a DJI Phantom 3 drone, then the 4, and now Im waiting for my Mavic drone to be delivered (which like any other good thing, is delayed, of course).

Apparently Im not alone in my drone obsession. According to data pulled from the Taboola network in the US, people read about drones about 250,000 times every day.

Developing an autonomous drone is actually technologically easier than ground-based autonomous vehicles, which have to take into account pedestrians, low-quality roads, and unexpected objects.

Not only can a driverless drone be safer, it is probably cheaper to produce on a mass scale, given that it requires less sophisticated technology. I imagine a driverless drone to be as simple as taking an elevator, only an horizontal one you click a button, and the drone just flies there. Perhaps even Uber could unleash an army of driverless drones to float above us, just ready to go on demand. (They just have to replace Waze with in-app turbulence reports)

With 500 meters of airspace suddenly at our disposal, versus the 50 feet of vertical real estate weve been concentrating our lives in for the last 200,000 years as homo sapiens things like parking problems, traffic congestion, and road construction would be history.

And the regulations are on my side. When you buy a drone, for the most part it comes with a pre-configured restriction that they can fly up to 500m high. Thats just high enough.

Earlier this year, I actually sat in a personal passenger drone, which I admit was a bit frightening, but also so exciting to get a glance into the future.

Its time we start to think higher, spread our wings, and get on board with driverless passenger drones, skipping driverless cars. And faster horses.

Perhaps The Jetsons had it figured out all along.

Relationships can be funny. Sometimes they’re “ha ha” funny. Other times they’re “weird” funny. But they are funny, and these awesome comics prove it. They’re all about Catana, a Saratoga Springs-based artist, and her bearded boyfriend “trying to be adults”, and as you can see, they don’t always succeed!

The boyfriend recently posted them online and they’ve already gone viral with more than a million views – something that comes as no surprise given how accessible and relatable Catana’s comics are. The simple illustrations cleverly capture the quirks and idiosyncrasies of life in a relationship, and although she’s only just started, we’re pretty sure we’ll be seeing a lot more of her brilliant work in the not-too-distant future. We certainly hope so anyway.