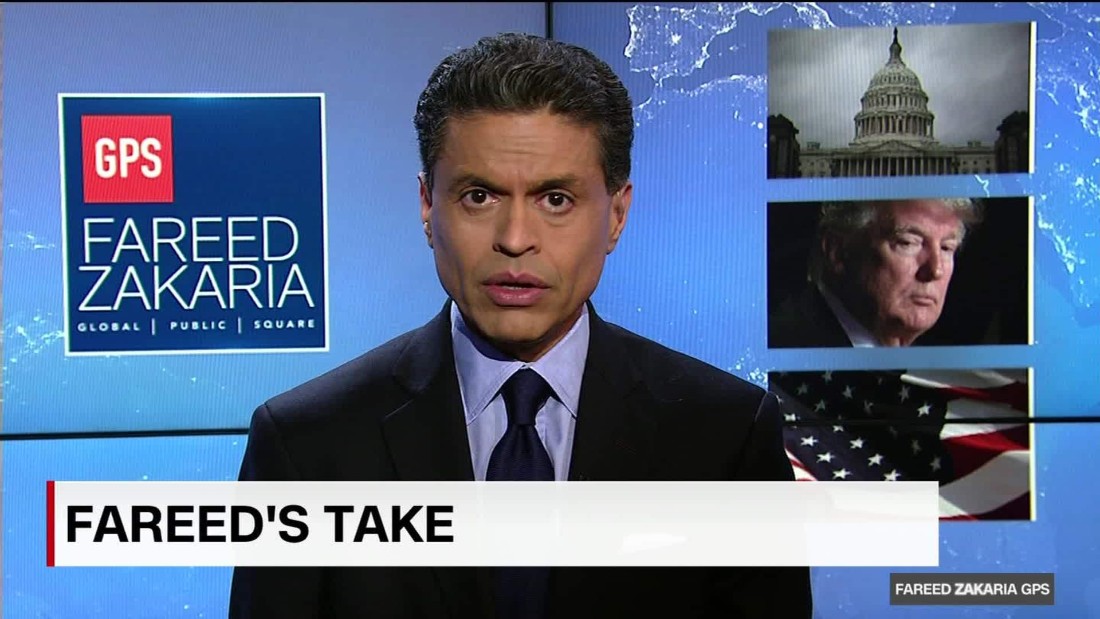 (CNN)CNN’s Fareed Zakaria had strong words on Sunday for President Donald Trump’s performance so far, imploring viewers to “not confuse motion with progress,” and arguing that Trump has “hardly done anything.”

“The first few weeks of the Trump administration have been an illustration of that line from the writer Alfred Montalpert: “Do not confuse motion and progress. A rocking horse keeps moving but does not make any progress,'” Zakaria said.
“We are witnessing a rocking horse presidency,” he added.
Though the host of CNN’s “GPS” acknowledged that since winning the election the President has “dominated the news,” he couldn’t, fathom what Trump had “actually done” over the past month.
“This week, Trump said at a news conference, “There’s never been a presidency that’s done so much in such a short period of time,” Zakaria noted.
But the reality of the Trump White House, he said, is that it “has not even begun serious discussions with Congress on major legislation.”
Trump had issued a series of “executive orders with great fanfare,” Zakaria acknowledged.
However, he argued, “they are mostly hot air, lofty proclamations that direct some agency to “review” a law, “report” back to him, “consider” some action or reaffirm some long-standing practice.”

The one order that actually “did something,” the temporary travel ban, was unsuccessful, Zakaria said, and ” so poorly conceived and phrased that it got stuck in the court system and will have to be redone or abandoned.”
As for many of Trump’s campaign promises, from the reindustrialization of the Midwest to reviving the coal and steel industries, to imposing term limits on all members of Congress?
“All were promised, none has been done,” said Zakaria.
There are “two aspects” to the Trump presidency, said the CNN host. The “freak show” and “the savvy businessman.”
“For many people, the bargain of the Trump presidency was that they would put up with the freak show in order to get tax reform, infrastructure projects and deregulation,” he said.
Though Zakaria acknowledged that Trump may still fulfill some of his campaign promises, for now, “not much is happening in the realm of serious policy.”
“The Romans said the way to keep people happy was to give them “bread and circus” — sustenance and entertainment” said Zakaria.
“So far all we have gotten is the circus.”